The project GoIndependent brings Swedish and Japanese scientists together to  develop energy rich and nutritious food which is succulent, pleasant and safe to chew swallow, as well as food that retains the oral functions. This is combined with exercise programs and sensor technology to give independence for seniors.

The population is aging

Age related frailty is a serious threat to independent living and social participation of senior citizens. A main cause is lack of proper food intake, i.e. sufficient energy as well as nutrients, generally referred to as “anorexia of aging” as well as lack of exercise. This leads to malnutrition which in turn leads to weight loss, frailty and finally to nursing homes, hospitalization, disabilities or even death.

It is estimated that the care costs for malnutrition in Sweden alone are 9 billion SEK/year. Problems with impaired senses of taste and smell, difficulties swallowing as well as sociological factors, lack of exercise and depression are among the contributing factors. A further contributing factor, especially in Japan, is poor oral functions. 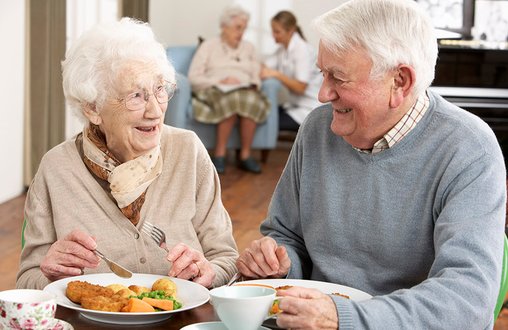 GoIndependent coordinates activities in Sweden and Japan to develop a system of foods, technology and distribution to alleviate anorexia of aging and thereby frailty thus securing independent living and social participation of senior citizens.

The teams in Sweden and Japan consists of R&D performers, industry and end-users who develops new desirable food, distribution and processing for food products that are high in energy and nutrients, easy to chew, pleasant and safe to swallow and desirable and adjusted to elderly regarding taste and flavor.

The teams complement each other with a focus on the oral phase in Japan and swallowing in Sweden. Previous research and new findings are implemented by the industrial participants and the feasibility evaluated together with end-users.

Experts in Food and Materials Science cooperates with aroma and sensory experts from Research Institutes of Sweden to form a Swedish team together with Findus Special Foods, Natural Machines, Animato, and Helsingborg Municipality to develop new foods. Exercise programs are developed by Region Skåne together with the Swedish Judo Federation and Dalarna University. 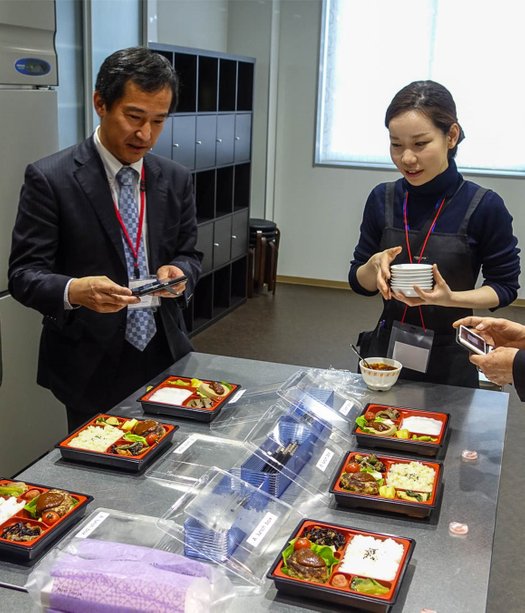